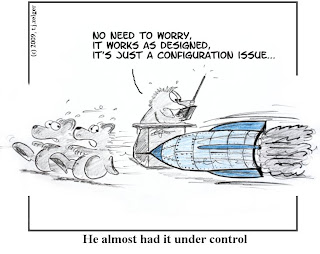 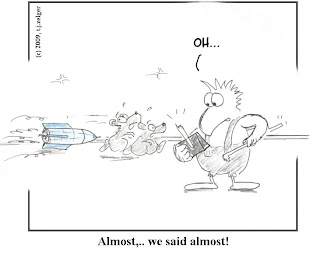 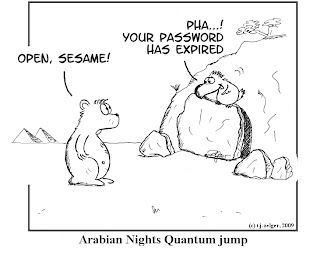 If you ask me where I got the inspiration for this cartoon, then I must admit that it was quite a long detour to this scene. Actually you can't refer to one particular incident. How about the diplomatic affair between Lybia and the Swiss Government, where our Federal President is just about to learn some basic lessons.

Or what about that nice instruction from IT that makes us strictly not to put any passwords on paper and then hands out PIN codes to users on papers themselves?

Another example is that story of one employee that was passed to me after he saw the cartoon. He claimed to have access to a special server room which is important in case of emergency. When he came back from holiday, his access had been disabled. He spent an hour of investigation why he could no longer access the room, until he found out that IT disabled all accounts of which they could no longer find out the owners. According to him, it wasn't the first time. Luckily, until now we didn't have any emergency scenario where that access was needed immediately. 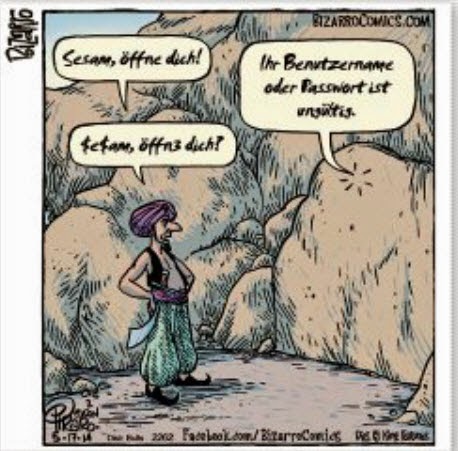 Coincidence?
I was parlyzed for a moment when - five years after my cartoon was published here (2009) -  I browsed today (Feb 12, 2015) the papers of a Swiss news magazine and then found this cartoon which is an exact copy of the punchline outlined in my cartoon from 2009. Coincidence or not? I will never know, that's for sure.