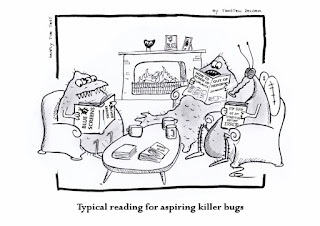 My relationship to bugs is two-folded, actually it is a love-hate relationship. I hate 'em because they nest everywhere. There are places where you definitely don't want to have them, regardless whether you like to hunt bugs or not. Even an enthusiastic software tester doesn't like to see creatures in production turning customer's lifes into nightmare. But fact is, there is no space in software where there isn't enough potential for bugs hiding until they take their chance and show their ugly grimace. They are like cockroaches. Even if you think you have destroyed them all, there is always a few left.

But of course I also love these little virtual critters. Without bugs I had no job, or let's phrase is a little less dramatic; I'd probably had a different job and not such a great time putting them on paper.

Not all bugs cause headaches, but some actually do. Even the less dangerous ones can be a pain if they they show up in a pack. The job of a professional tester is to find as much of the critical ones as possible. That means, you have to study them; you need to understand where they "live" and and how they develop. Bugs aren't clever (at least the software bugs) but they use every tiny little whole you don't carburize.  Some wholes are so small that you can hardly see them until the bugs crawl out and make your program crash or behave in a very unexpected way. Often, you need to apply good techniques that make bugs sell themselves out because you wouldn't find them otherwise.

People with little to no dedication making software a great user-experience will not only miss important bugs, they also make a whole team look bad in front of a paying customer.
The job is by far not done if you simply compare deliverables from software developers with incomplete acceptance critieria defined in user-stories.

One great technique to find bugs is to apply test patterns when you investigate a feature. You probably cannot apply all test patterns to every feature, because some don't make sense depending on the context, but if you continously test with a checklist in mind, you will soon realize how much more there is to discover behind an innocent looking user-story.

Test patterns are described in many books. James Bach talks about testing heuristics, James Whittaker walks through a software like a tourist in a foreign country. The book "Lessons Learnt in Software Testing" by Cem Kaner, James Bach and Bret Pettichord is a great source of information to help you develop great testing ideas. If you take testing seriously, you have probably already developed your own set of test patterns, sprout from past mistakes, observations, experiences or lessons learnt from other testers and hopefully you have further developed those patterns, so your detection rate further increases. The list will never be completed but getting better and better.
Posted by T.J. at Monday, January 22, 2018 No comments: 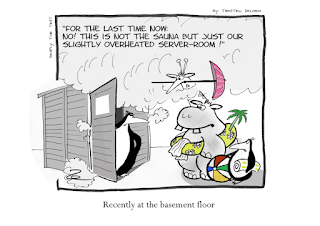