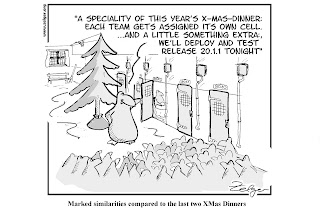 Whenever possible, I try to draw cartoons which win a smile from a general audience. This time it is probably too specific and therefore an "insider". 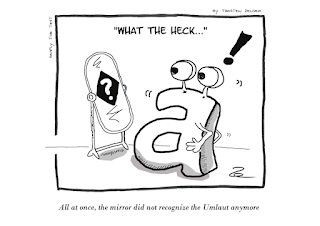 One of the most reliable "bugs" we met regularly is what we call the "Umlaut" bug. Often we notice cases in our database which are displayed incorrectly. Namely Polish and/or German characters are regularly screwed up somewhere. Corrupt here means that it is displayed as a black square with a white question mark or a simple empty rectangle. The test pattern to look for broken text is effective at all test levels, be it it the UI or even at a lower level such as Web Service responses.


And it doesn't stop with Umlauts. Even though it sounds kind of insane when I tell you to use special characters wherever you can. Special characters have been the root cause of so many bugs even at places where only people like me would ever test them. Even an innocent blank between two strings can be considered a special character. For example, “M & M’s World Store in New York”, “Super-Mini-Taxi”, “Dr. Pepper”, “O’Brien”, etc. These are all common names that caused problems in programs we tested. 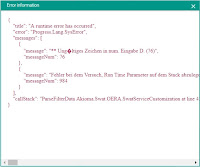