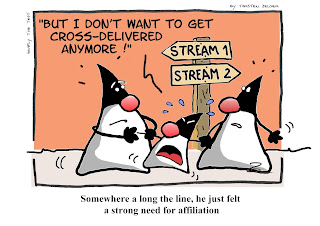 After the introduction of shorter release cycles, I noted a higher rate of bugs and features that had to be cross-delivered. Often this cross-delivery caused additional problems either because it happened on the wrong stream or it went forgotten. As a result old known bugs re-occurred in different streams. 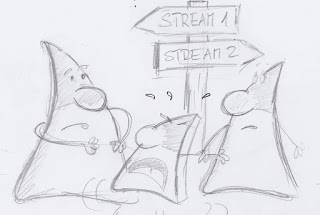 I worked several hours on this cartoon and I prepared not less than 10 different drafts which I all abandoned because I was not happy with the characters I chose to represent the code pieces. l I finally decided to take that little triangle from Java. I kept a few of the drafts and decided to upload the last two of them so you can see how things develop. 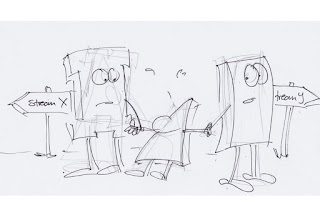 Lineup of the ugly bugs 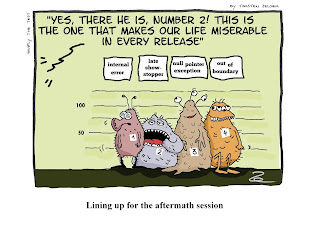 This is one of these wonderful moments where you get flooded by some nice creatures that can ruin your day or even the week.
Posted by T.J. at Thursday, July 02, 2015 No comments: